Angela flies into Levelvale Primary on a Hurricane - Dorothy Style!

Angela, quite literally flew into Levelvale on the tail of a Hurricane to introduce the children to her Extraordinary Little Witch, Thumble Tumble. The children listened intently as Angela read a chapter from Thumble Tumble and the Ollphesit, the first novel in the Thumble Tumble Book Series. This was followed by them taking part in an experiment to ascertain whether giants have a tongue! The  children then helped Angela create the 'Smallerizer Potion' - which is excellent for disintegrating giants and witches (of the nasty variety!).  After the reading Angela got to meet a very talented young illustrator called Andrew, who'd drawn an amazing image of a dragon . Angela was then treated to a sneak peek at some of the short stories written by the P7's earlier in the year. Angela said "the imagination involved, and sheer effort that had gone into every story was mind blowing". She continued "I could hardly believe some of the stories had been created by children in P7, they were so good" Angela wrapped up by chatting to a few youngsters who plan to write their own fairy tales before clicking the heels on her bright red shoes, closing her eyes and heading for home! 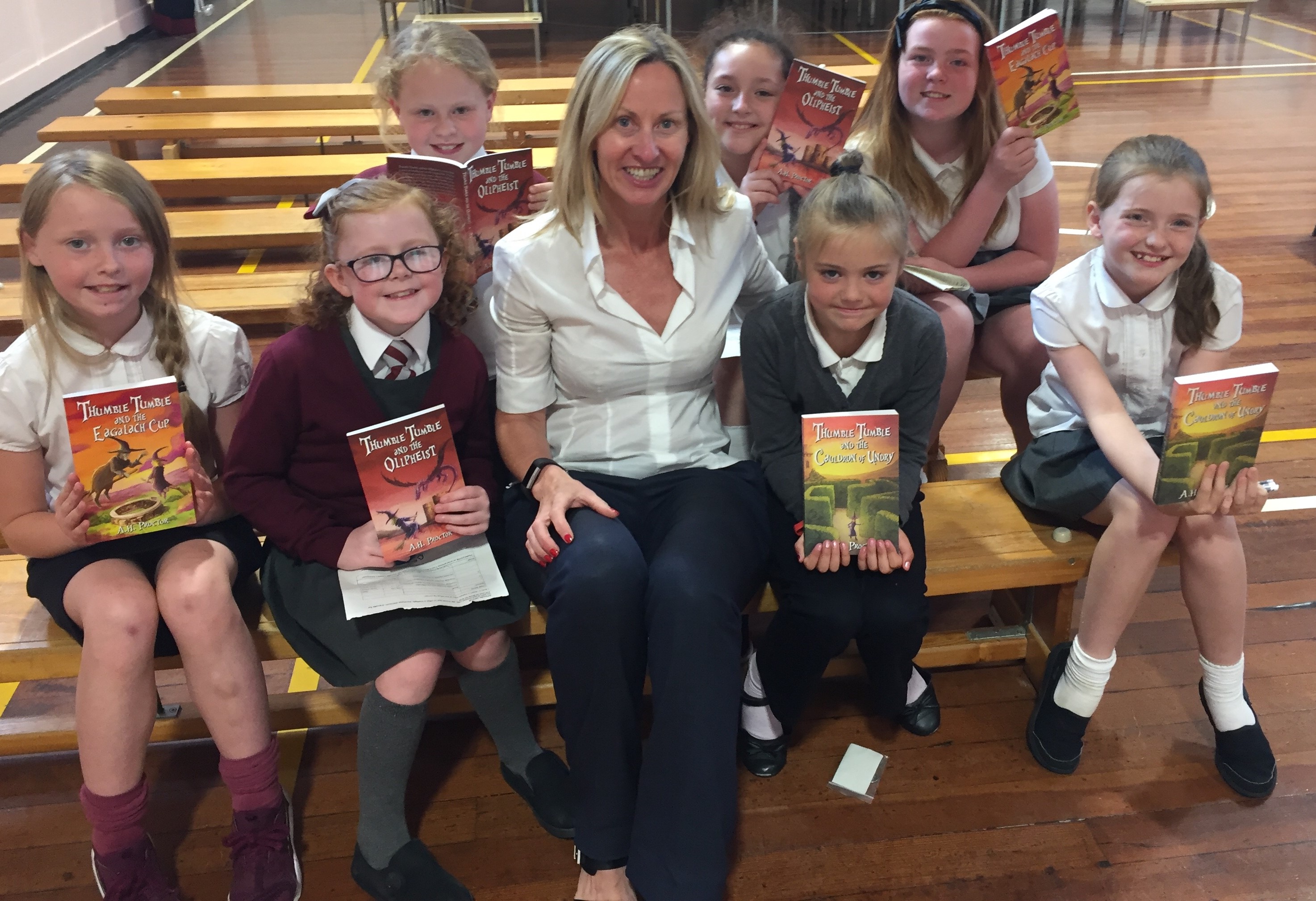