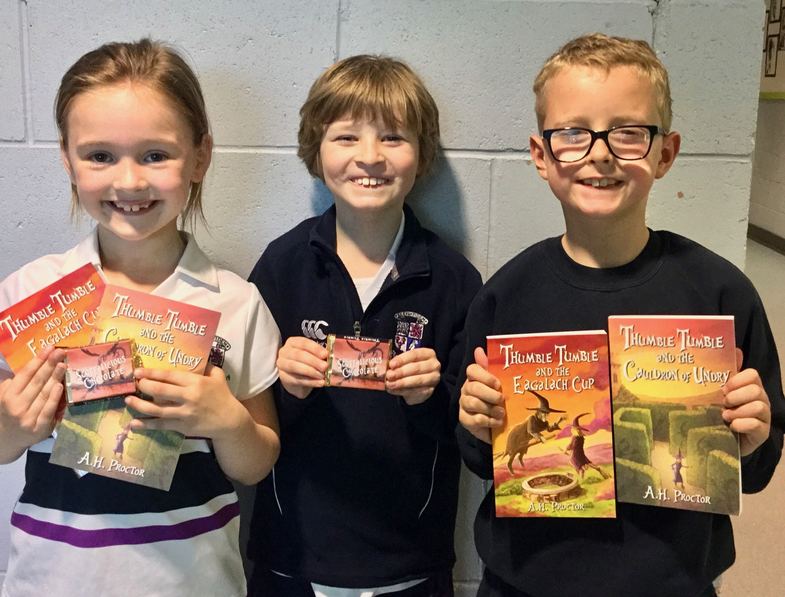 Angela returned to Glasgow Academy this week to read to the lovely P3's! In advance of her visit, the children decided to write their own adventures and presented them to Angela therefore we thought we'd share them with you now!

One cloudy day Mr and Mrs Pigeon were walking around Glasgow bus station.
A neatly dressed bus driver asked them “where are you two off too”?  “Peruuu Peruuu” replied the birds.
The surprised bus driver asked for their tickets and pointed them to a bus.
The pigeons hopped onto and up the stairs to the top deck and sat at the front window.
The bus number was 28 all the way to PERU!

Once upon a time there was a village but the villagers had a problem.
There was a big giant who would come smash their houses to smitherings.
But one day that all changed there was another giant.
He wandered through the deepest forest.
He pushed his way through the hottest desert.
Then he finally found him.  He was chewing some wheat.
But the good giant was bigger than the bad giant so the bad giant was scared and ran away from the good giant.
The End.

One night Floppy the dog went to bed.
It was a dark stormy night and thunder and lightning was crackling and booming outside his front door he was scared and worried.
Floppy could not go to sleep.
But in the end it was just a really bad nightmare.
He flipped his pillow and fell asleep again but luckily he could not find his dream again in his memory. 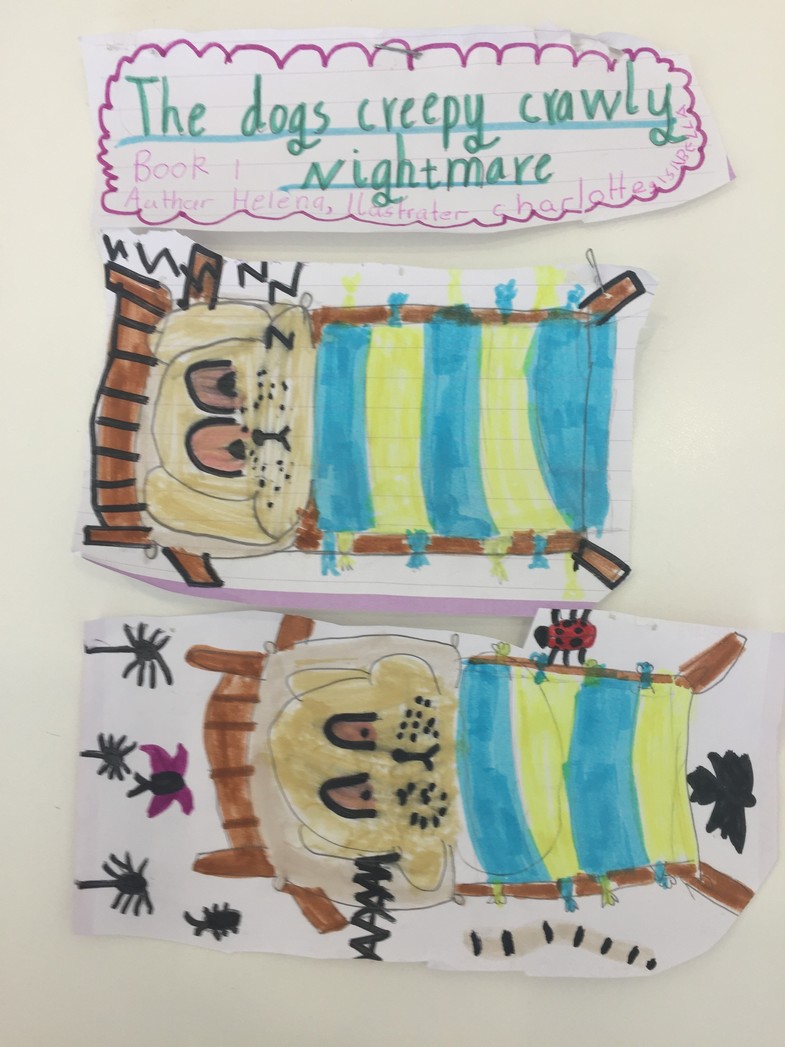